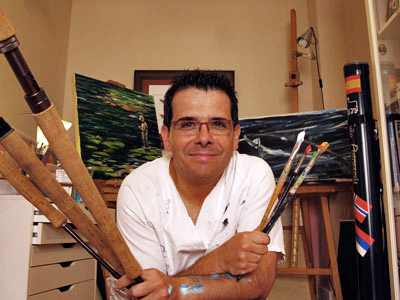 Tono Puicercús, that’s me, was born in Huesca, Spain, in 1970. He grew between this town and Alquezar, very beautiful small village on the Pyrenees. And it was there where his interest on painting showed up.

Alquezar is a pictorial place visited every summer by painters and artist from Spain and abroad -mainly France- and Tono started painting whe he was 8, having those artist as a point of reference and masters in the art.

He coursed Industrial Engineer Studies in Zaragoza (Spain), getting PhD on Environmental Eng. and MBA. At the same time he took classes on different painting studios, although his self-taught character stands out. He lives actually in Logroño (La Rioja, Spain), where he works and paints since 1996.

Though he uses different painting techniques, he prefers oil and acrylic painting on canvas, and watercolor on paper. He has participated on different collective and individual exhibitions, and has been featured in different magazines.

His beginnings in painting were done at same time he started on fishing for trout, on the Pyrenees. His fond on fishing derived on a madness on fly fishing for salmonids, mainly for Atlantic Salmon, fish that Tono is really addict about.

So, it was just a question of time, that both likings join. Atlantic salmon, trouts, flies, fishing scenes, fishing maps …. are the main motives of the paintings. Travelling all around the world fills Tono’s eyes with colors and shapes for his winter motivation.

He has been commssioned by many famous anglers and fishing lodges around the world, and he has illustrated some fishing books.

Defender of a sustainable fishing practice and policies, he donated some of its works to auctions to collect founds in this way. One of those paintings has been donated to NASF (North Atlantic Salmon Found), worldwide organization which objective is to protect the Atlantic salmon populations. This fill Tono full of pride both as a fisher and as a painter.

When an artist feels what he paints, it is clearly reflected on his works. Tono paintings collect different shades that only a real connoisseur of fishing art is able to capture with brushes. 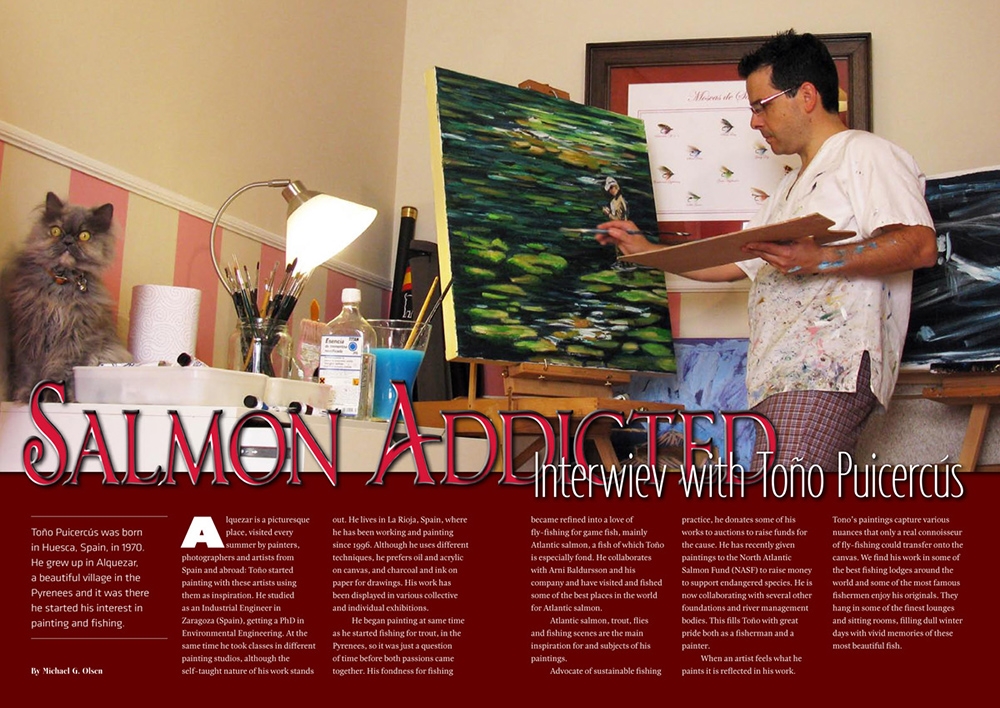 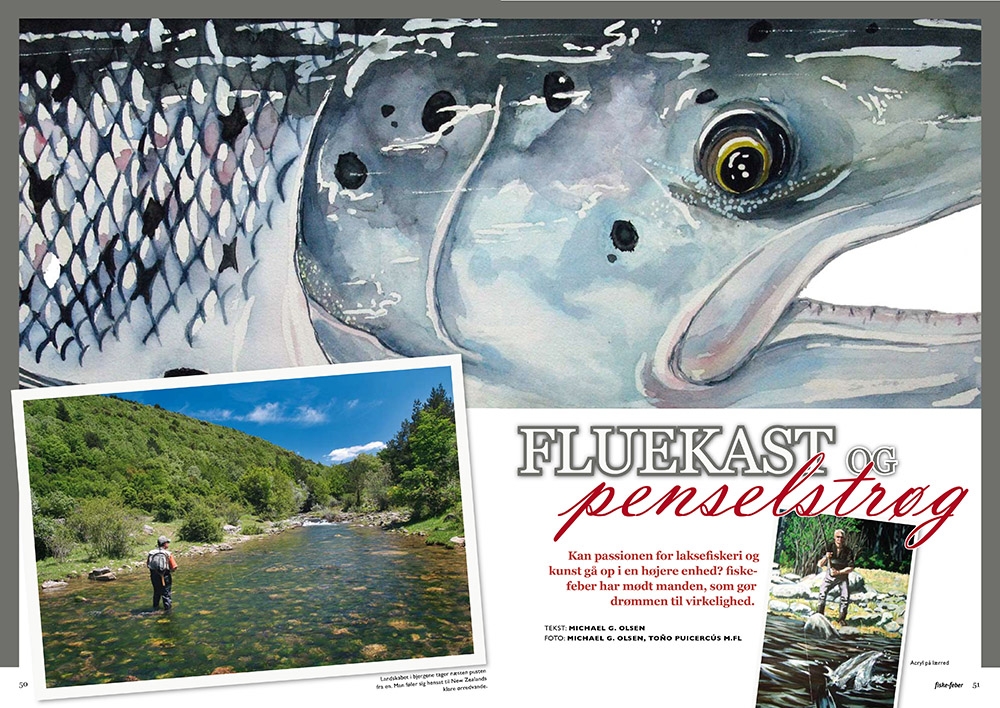 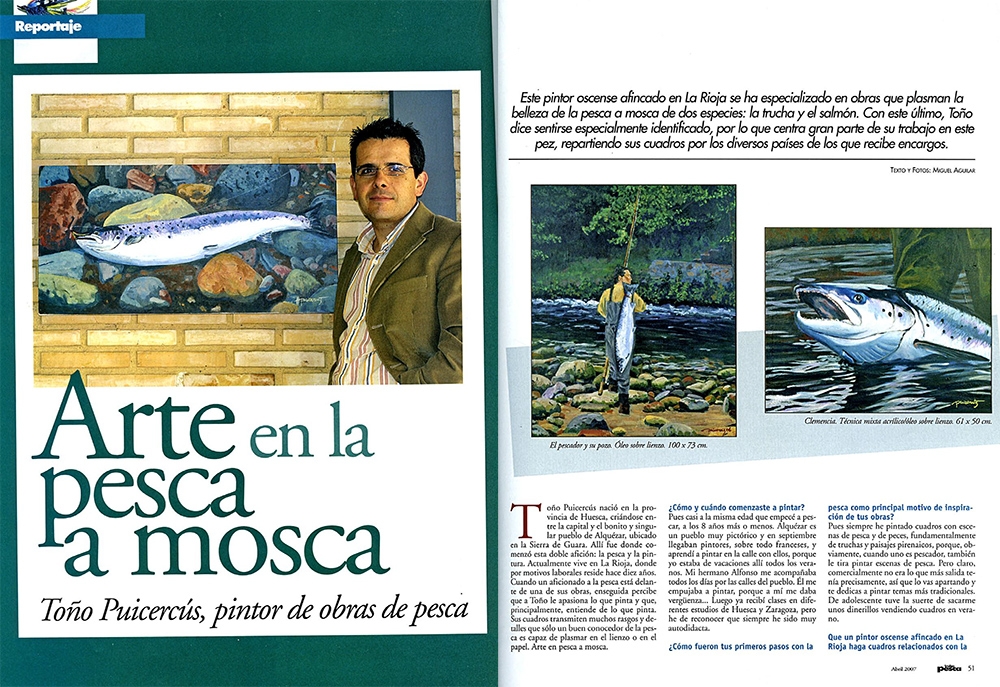